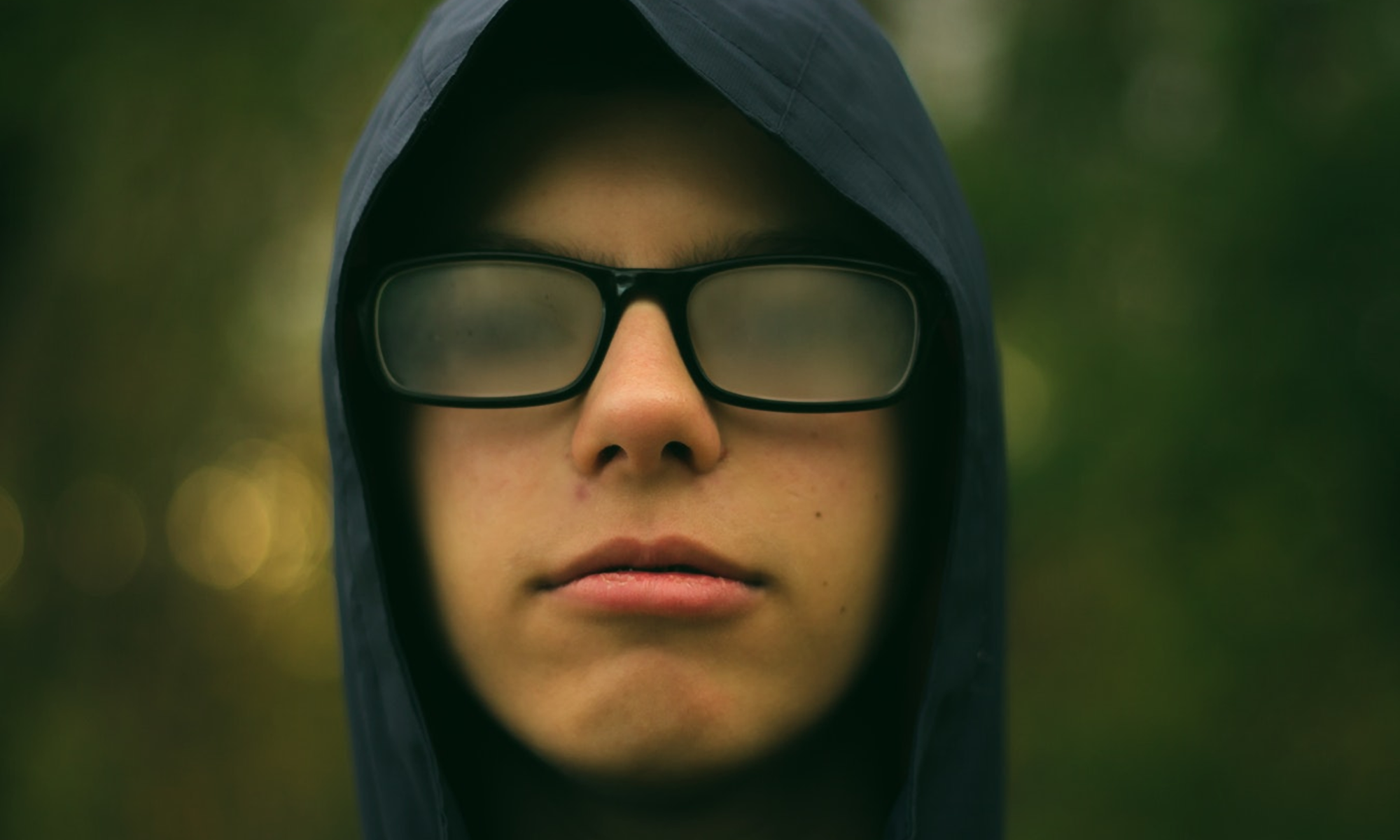 I am just writing in response to your tender to Brent council. We employed Potential Mentoring 3 years ago to work with a child in Year 2. We had tried a range of strategies and interventions but the child was still acting out and causing problems for the class teacher and the other adults involved.

Following a course of mentoring from your service the child has never looked back. He is now in Year 5 and is off special educational needs. He is happy, emotionally strong and able to access the curriculum at expected levels because his needs were addressed.

Thank you for your input; it changed this boy’s life.

I feel as if the camp has improved my basketball skills beyond all of my expectations. I developed a confidence in myself which translated into my game. I could notice the difference in my technique and performance within the first few training sessions and the improvements continued throughout the camp.

Coach Litz’s training methods are both innovative and unique. He has many years of experience in high-level coaching and it translates to the vast improvements his players make. His sessions are also very enjoyable whilst pushing you to new heights in basketball, physical and mental terms.

Coach Kelly’s presence at the camp was valuable. The team viewed him as a team leader and a role model for our group. He was always in attendance at our training sessions and was excellent as a personal coach for our group during drills, giving good advice and encouragement where needed.

The trip to the United States Basketball Academy (USBA) helped me enormously in terms of my skill level. I was able to learn new techniques which made me become more efficient. Coach Litz training was at first very challenging despite the fact I have attended the camp previously. New training methods and workout plans were being used everyday which made every training session exciting and refreshing.

Having Coach Kelly attend the camp was a huge blessing because he made the experience very enjoyable especially during our recreational activities. It was essential having an authoritative figure there to keep order if things would go wrong whether it be during our practices or our free time. Coach Kelly would also give me, as well as the team, confidence when it came to situations where we would be nervous or had a fear of failure. For example, when facing the Americans in a game, Coach Kelly gave us a team talk that would always make us feel confident in our ability. We ended beating the Americans which was one of the highlights of the trip. Coach Kelly was extremely useful and helpful as if it wasn’t for him being there, the results achieved and the activities planned would not have been possible.

“We have used Potential Mentors for two of our pupils and found them to be reliable and effective. The pupils enjoyed working with the mentors and we found that it had a positive impact on their behaviour and self-esteem”.

Potential Mentoring have supported a number of our students that have required pastoral care. Potential’s mentors have always been professional whilst supporting students.

They understand the issues faced by young people today and have help not only to challenge unacceptable behaviour but to provide guidance through care, understanding and commitment in their approach.

Our working relationship has grown from strength to strength and we have developed an invaluable partnership.
Potential Mentoring have been instrumental in supporting 18 students this academic year which has played a crucial part in our young people’s area of development such as:

“The mentor is punctual and reliable – if for any reason he has been unable to attend he has always contacted the school in good time. The mentor has developed close relationships with parents/carers and this has given the mentor and the school more insight into the whole child experience and enabled us both to support the student more effectively. Our Potential Mentor has excellent communication skills and works proactively within the agreed guidelines and school procedures, supporting the school’s sanctions and interventions through liaison with subject teachers, LSA’s, SENCOs and other staff. The mentor provides an invaluable link between home and school. Our mentor has gone over and beyond the call of duty to support our student. His support has been invaluable and has had a noticeable impact on the student’s behaviour enabling him to remain a full time student of our school”

“Firstly I would like to say how glad we are that we were recommended to contact you. The difference that you have made to our two boys in such a short space of time is amazing. Whilst we know that it is not a quick fix, the difference in these two boys when they have had their session with Dodd (mentor) is nothing short of inspirational.

The provision of a mentor has been a new intervention for us this year. Priding ourselves on always doing as much as possible to support all of our children, we were looking for a special kind of support for some of our most vulnerable pupils. We contacted our local pupil referral unit to ask for support with two of our boys and it was through them that we found Potential. It was a service we had not heard of before and one that other local schools had not used. I can honestly say that we are proud to be one of the first primary schools in Croydon to work with Potential! The more we have seen of Dodd and his expertise, the more we can see the need of this type of work in schools. We have welcomed Dodd’s feedback and have acted upon the recommendations and observations he has made.

I would recommend any school to engage the support of Potential Mentoring – in every school there will be at least one child who needs someone like Dodd to reach out to them.

I hope to work with Potential Mentoring again in the future.”

“Potential Mentoring play an important role in the overall wellbeing of the students at St Mary’s, and are a well respected and valued part of the St Mary’s team.

Potential Mentoring have worked with, and are currently working with students with issues as diverse as self-esteem, (which manifested itself through self-harm), bullying behaviour, sexist attitudes and behaviours, aggressive and violent outbursts and students who, due to uncertain living arrangements manifest inappropriate behaviour to their peers and to adults.”

“We have used Potential Mentoring services to support children in our school. You may recognise the child who finds it difficult to follow school routines, to follow instructions and to allow the class to settle to learning. A child’s response to school can be disruptive for their own learning and for the remainder of the class. In school we have always set up intervention activities and programmes, however the impact has, for a small number of children, been short lived and concerns have reappeared. This has led to fixed term exclusions for behaviour beyond the acceptable. Where next ? Potential Mentoring!

The mentor works directly with the child, rather than setting up strategies for staff to implement. (S)he liaises closely with staff so there is a clear agenda for improved behaviour. (S)he meets the parent/carer and provides an effective link between home and school. The focus is always on improving learning outcomes for the child, whilst ensuring positive behaviour modification. In our school Potential Mentoring have supported children within Key Stage 2.

I have used Potential Mentoring services for a number of children in our school with emotional needs, including anger management and lack of regard for following school routines. I am pleased with the support and have noted positive and significant improvements in behaviour modification, which has then led to children being able to make learning progress.

“Potential Mentoring was introduced into the pastoral element of the sixth form to support students with behavioural difficulties and issues outside the classroom. Mentors would work with a small selected group of students for programmes of 12 weeks. The timetabled meetings were regular and offered the students opportunities to work on their own, with their mentor and also with other students in group sessions. Each programme was created to best suit the particular needs of each mentee.

Kelly and his team worked on two 12 week programmes with students whom were challenging in a variety of ways. Potential Mentoring enabled students to focus on their own behaviour, reflect on why they acted in certain ways and evaluate how they were perceived by others. Progress was at times visible almost immediately, whilst other students benefited from the longer term approach.

Either way I feel Potential Mentoring has worked successfully with students of varying needs and has sought to provide students with the ability to see their own potential and work towards a successful working relationship with both their peers and staff.”

“Kelly has been working with a pupil in our school from January 2008 until June 2008. I first contacted him in December 2007 to find out information with regard to Potential Mentoring and what services they offer. What Potential Mentoring had to offer was definitely what we were looking for and so he started work in the January.

Kelly was always a polite, friendly, positive person to work with. He quickly set up a good rapport with the pupil and worked professionally with all colleagues in school. The pupil he was working with has very complex needs and had difficulties working with adults other than his class teacher. Kelly used all his professional skills and experience and showed great patience whenever he was working with him. Kelly also established good communication links with the pupils mother and this has benefited not just Kelly, but the pupil and the school. Kelly worked consistently with the pupil and liaised constantly with the class teacher and myself, reviewing work he was doing and issues arising in the classroom. His work was therefore relevant and appropriate for the pupil. Kelly also involved two other colleagues from Potential Mentoring who came into school to do some work with the pupil which was successful with regard to using their areas of expertise. He worked with the pupil for an hour every day for over four months.

The pupil Kelly has worked with has shown improvements in many areas. The main areas are with his confidence, self esteem and anger management. This has started to transfer to his academic work as well and he has shown an improvement in his reading ability and confidence. The school have noted these changes and his mother has too. The pupil himself has also begun to articulate an understanding of knowing he has improved in these areas too.

Potential Mentoring have provided an opportunity for us to utilise their expertise. This has been an exceedingly positive experience for all colleagues involved and highly beneficial for the pupil concerned.”

Testimony from a mentee Alex, aged 10

“The experience I had with Potential Mentoring services was excellent, outstanding! The mentor, Winston, worked professionally and has a very good bond with my son. Caring and understanding to his needs. My son also was very happy with his mentor and their bonding was very good. I will recommend Potential Mentoring to any parent or organisation, to get in touch through local authorities or referral.”